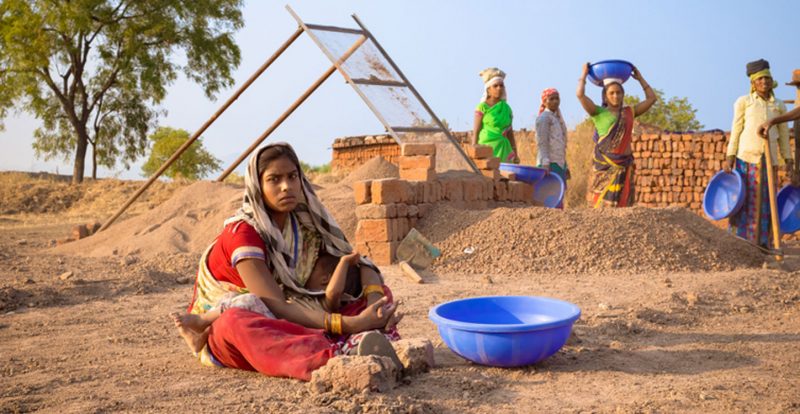 Breastfeeding practices among adolescent girls: The challenges and way forward

For World Breastfeeding Week, celebrated globally between August 1st and 7th every year, we bring you an interview with Dr. Saswati Das – Director of Program and Clinical Services at JHPIEGO, a nonprofit health organization associated with The Johns Hopkins University dedicated to improving the health of women and families around the world.

For those of our readers who may not be aware, can you please talk about the importance of breastfeeding for children and for mothers?

Infants who are breastfed face lower risks of gastro-intestinal infections such as diarrhoea and vomiting; urinary tract infections; respiratory infections; incidence of atopic diseases such as asthma and eczema; and are protected against obesity; type I and type II diabetes; certain child cancers and cot deaths or Sudden Infant Death Syndrome (SIDS). Besides protecting against these illnesses and diseases, breast milk also contributes towards improving the immune system of infants. Breastfed infants are, on average, less likely to be hospitalized, therefore reducing health care costs. Some studies have also found a significant relationship between breastfeeding and intelligence. This is aided by the frequent skin-to-skin contact that breastfeeding involves, leading to a greater degree of bonding between the mother and the infant that, in turn, positively impacts the emotional and intellectual development the infant.

Breastfeeding is an important part of the hormonal processes that a mother’s body undergoes following childbirth. It helps in contracting the uterus, which protects the mother from postpartum haemorrhage, a common cause of death among mothers. Breastfeeding also assists the uterus to return to the pre-pregnancy state, as well as helping the mother lose the extra weight that is gained during pregnancy. It reduces the risk of developing type II diabetes for mothers who suffer from gestational diabetes. Breastfeeding lowers the risk of ovarian and premenopausal breast cancer, as well as osteoporosis, among women.

What are the  additional health, nutritional or cognitive vulnerabilities faced by children who are not breastfed early and exclusively for six months?

There is enough evidence which shows that breastfeeding saves lives. As I have previously mentioned, it is extremely beneficial for mothers and children. Breastfeeding within an hour of birth can prevent 20 % of newborn deaths. Infants who are exclusively breastfed for up to 6 months are 11 times less likely to die from diarrhoea and 15 times less likely to die from pneumonia – the two biggest causes of death for children below 5 years. The relationship between breastfeeding and cognitive development in later childhood has also been established through various studies such as in the Lancet 2016 series that reported the value of breastfeeding for the physical, emotional and intellectual development of children.

Can you share some insights into breastfeeding practices among adolescents mothers compared to adult mothers in India?

What can be done to  bring about behaviour change among adolescent mothers with respect to initiating breastfeeding at birth and continuing with exclusive breastfeeding for up to 6 months?

It is very heartening that the government has initiated the Mothers Absolute Affection programme in 2016 to promote the practice of breastfeeding. Other efforts such as the establishment of more than 60 human milk banks in the country are a wonderful plan. In my opinion, efforts should be made to ensure that these programmes reach adolescent mothers in large numbers.

I think we also need to raise adolescent girls’ as well as community members’ awareness about healthy breastfeeding practices. The Population Council’s UDAYA study in Bihar and Uttar Pradesh has shown that only 25-28% of unmarried adolescent boys and 33-34% of unmarried adolescent girls aged 15-19 knew that a newborn should be breastfed within an hour of birth and that infants should be breastfed exclusively for six months. Even among married adolescent girls, just two-fifths knew these facts. So, awareness raising programmes should reach them even before they become parents. Boys have just as much of a need to be educated on best practices related to maternal and child care as they become partners and parents to young mothers. These partner and peer relationships have a strong influence on adolescent breastfeeding behaviour and, therefore, need to be supported into becoming healthy and nurturing.

I think it is important to engage multiple actors who influence and control adolescent girls’ lives. Adolescent mothers need to be supported throughout the continuum in multiple settings.

It has also been found that counselling by peers and healthcare providers can be an important tool to effect behaviour change. Therefore, enhancing the counselling and communication capacity of providers at healthcare facilities in conjunction with community health workers can be a catalytic intervention wherein counselling can be provided to adolescent mothers in the ante-natal period or soon after birth, besides each health contact at home or facility visits.

Interventional research are needed to inform design as well as implementation of program strategies and also to enhance the reach of social and behaviour change communications among different groups of adolescents- such as working and non working; school going and non school going; rural and urban slum living; married and unmarried. Research on the impact of information technology (For example – mobile phones, given the high rate of usage of mobile phones among adolescents) on behavior change in adolescents is also priority research area.

Dr. Saswati Das is the Director - Program and Clinical Services in JHPIEGO, India, where she has been working since 2010. In 25 years of working in public health, Dr. Das has provided technical and managerial leadership in the fields of Maternal and Child Health, Family Planning, Reproductive Health, HIV prevention, Quality of Care, Learning Resource Package Development, and Transfer of Learning. Prior to joining JHPIEGO, she worked with other international organizations, including Population Services International as Director of Medical Services and Training and IntraHealth International as Country Clinical Manager, and led major public health programs. As of 2019, she is a member of the global Technical Advisory Group (TAG) High Impact Practices (HIP) in Family Planning, which is made up of about 25 international experts identified from donor agencies, research institutions, and service delivery organizations, to review evidence and make recommendations on updating and implementing HIPs. Dr. Das has a Master’s degree in Public Health from Jawaharlal Nehru University (JNU) and an M.B.B.S. from Calcutta University, India.
Share: